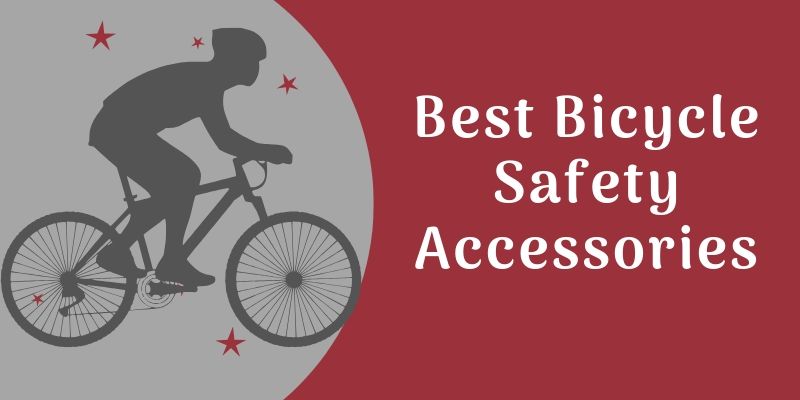 Having the right equipment is important for dealing with traffic. Techniques for using such items as mirrors and lights are a part of the Urban Cycling curriculum.

On this page, we’ll look at some of the types of equipment available for this purpose, most of which is available at Easy Street Recumbents.

These usually mount to the handlebars, sometimes to the helmet. In rare cases, the mirror is attached to a bike frame’s top tube or other places.

A good mirror must be vibration resistant and be mountable in a place where it is easy to see it, to allow for steady, or even constant, tracking of pursuing traffic at critical moments.

It is handy to set the mirror far enough away from your eyes that the shift in focus between the streetscape and the mirror is not too hard on your eyes. It is also good if the mirror is set so a pursuing driver can clearly distinguish when you are looking in your mirror (i.e. “they know that you know of their presence”).

Mirrors are a very good way to reduce your stress in traffic, as cars cannot sneak up on you. You can detect when a driver has started to steer around you or slow down. You can also detect those few drivers who are not reliable and track them steadily as they close on you from behind.

Speaking of unfashionable stuff with poor aerodynamics, consider flags. Flags are most useful approaching intersections, where objects at ground level may block an approaching driver’s clear view of you in the short moments before they turn down your street.

Flags will also keep drivers aware of your presence in thick traffic so they can detect your bike over intervening traffic. The snapping of the flag in the wind gives a strobing of Day-Glo color that boosts your visibility from behind as well.

For most purposes, it is best to have the flag as vertical as possible and not trailing behind the bike, so it marks your position more reliably.

Headlights are required by law at night, though enforcement is lax. The main function of a headlight is to help you be seen and should be intense enough to be detected early.

The minimum requirement for headlights won’t do much to help you see, though reflective street signs will appear easily. Headlights should be directed at the ground, partly to let you see the patch of road directly ahead, but also to keep it from blinding others.

While it is true that bike lights are much less intense than car lights, all the car lights (including the high beams) point at the road. Even a small headlight, pointed right in someone’s eyes, can start carving temporary blind spots on their retinae.

As most cyclists aren’t able to track pursuing and overtaking traffic, they feel somewhat at its mercy, so good visibility to the rear becomes important to them.

Taillights are also easier to take care of than headlights, since a set of batteries runs for 100+ hours, sometimes up to 400 hours, with reasonable brightness.

We think an ideal arrangement of taillights involves at least three lights, arranged in a triangular pattern, giving an overtaking motorist the most visual information about your mutual distance and rate of approach.

Two lights are better than one, but at least three is best. In Texas, a functioning taillight can serve as a rear reflector. Notably, the law requires more from one’s front lighting on a bike than the rear, where only a red reflector is required at night.

We think of these as “visibility” items, loosely speaking. They project the cyclist’s presence to the front, as headlights do.

Aside from being a valuable aid in alerting drivers backing out of parking spaces and driveways, they can be used to affirm the cyclist’s intent to take right-of-way in situations where he/she has ROW. The only bell that we think is loud enough to penetrate traffic is the Incredibell, made by Mirrycle.

Only the standard Incredibell is effective. Other Incredibell models are not intense enough, though the XL Incredibell is likely a better choice for use in pedestrian areas, such as multi-use trails.

Horns come in electric and compressed air varieties. We do not have much experience with horns, having found bells suitable enough for our purposes, and in fear of accidentally triggering the 100dB noise in a pedestrian area.

Bikes are required to have a red reflector in the rear, of a particular type defined by the Consumer Products Safety Administration. This is the jewel type reflector seen on all stock bikes (and nearly the only piece of safety equipment found on most stock bikes).

Useful reflectors might also come in the wheel spokes and on the pedals, though pedal reflectors are useful on recumbents due to the angle of the pedal during the power stroke. Some cyclists buy reflective tape and attach it to the frame. Reflective tape on the inside of the rim can also be visible to front and rear.

Most cyclists get reflective tape from hardware stores, but a wider variety of colors can be found at sign shops or the plastics suppliers who sell to sign shops, often at much lower prices.

Easy Street Recumbents sells stock and custom shaped reflective panels of adhesive-backed 3M reflective material mounted professionally on thin polycarbonate plastic (the stuff your 2-liter soda bottle is made from), which can be mounted on cargo boxes and bags. You may not think of your cargo bags are safety equipment, but if you use them as a platform for a large field of reflective color, they are.

These items are made primarily by Visibility System of Connecticut (Lightman© Strobes) but other models by can likely be found. These are high-intensity lights, so high that they have too short a run time to be left on, and arguably too high to be left on when someone is queued behind the cyclist at a stop.

The light has a remote switch that allows the cyclist to turn on the light only when needed. One simple technique is to activate the light as one enters an intense traffic situation. A more sophisticated technique is to coordinate use of these lights with one’s actual situation.

For example, a rear strobe can be activated if your mirror indicates that a pursuing motorist is closing faster than you consider appropriate.

Two amber strobes can be used as turn signals. A clear strobe can be used to the front, activated when the cyclist needs to assert their intent to take right-of-way before entering an intersection. Lightman Strobes come in a variety of colors (such as green for helicoptor landing pads or blue for police), but only red, amber, and clear are really suitable for traffic.

One does not usually think of cargo are safety equipment, but once you begin to equip your bike with cargo compartments, you find you have some ideal surfaces on which to mount reflective panels.

These compartments usually hang low on the bike’s frame, putting the reflective surfaces down where cars’ headlight beams are aimed.

Like any most useful visibility equipment, cargo adds not only weight but aerodynamic penalty, as it increased the width of the bike. But then the profile that is being widened is the profile that approaching traffic tends to see (that is, the front or rear profile).

By widening this profile and covering it with visibility gear, one makes one’s bike far more visible, letting one exert a greater presence on the road.

Doubtless, you have heard before about the importance of carrying water and drinking before one feels thirsty. Water can also be used for cooling in hot weather by tying a wet rag to the head or neck and using evaporative cooling from the wind passing the moving cyclist.

Cooling is particularly important in urban traffic where complex situations require both focused attention at critical moments and wide-area, active scanning of the whole situation (and the presence of mind to know which mode of thinking to do more of). This kind of activity becomes more difficult when one is distracted by heat or thirst.